The biggest natural harbour in the Mediterranean

With a length of almost six kilometres, a width of 1,200 metres and a depth of up to 30 metres, the Port of Mahon (Minorca) is considered to be the largest natural harbour in the Mediterranean and the second deepest in the world. 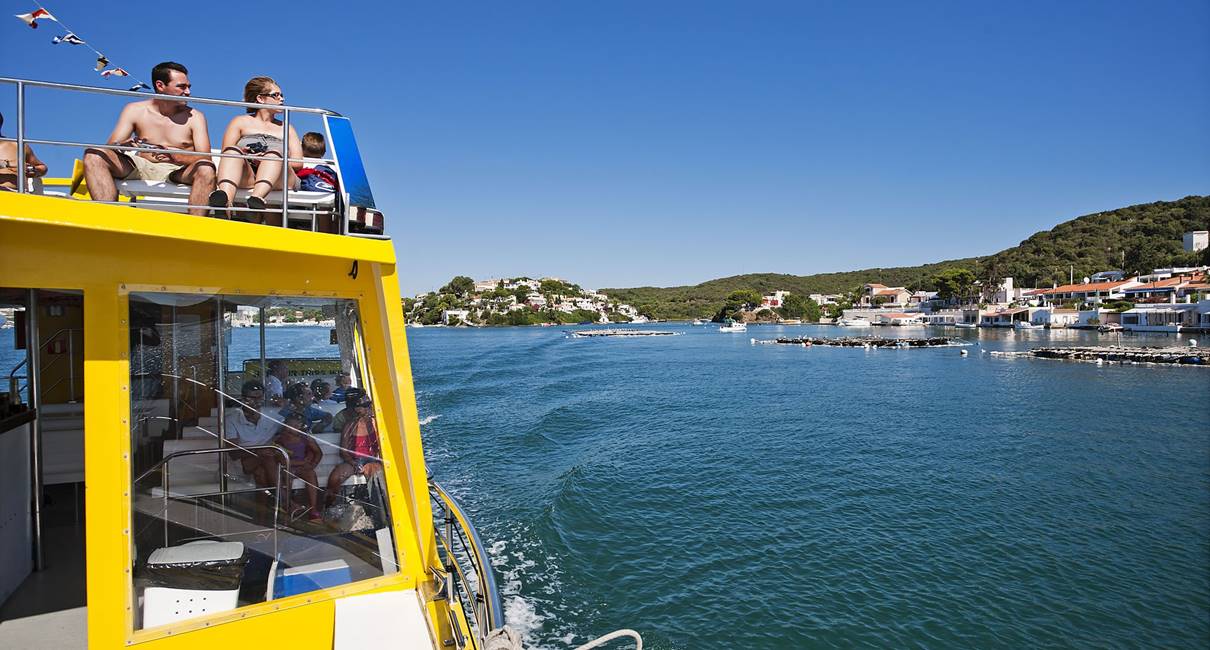 Beautiful examples of English architecture, pretty summer houses and many defence structures, such as the impressive "Fortaleza de La Mola" or different islets like the "Isla del Rey" and the "Lazareto", rise up on its shores. This is an ideal spot for excursions, tourism and for getting to know the history of Minorca. Also, yachts and cruise ships from all over the world moor at its docks.

Going around the Port of Mahon (Minorca) in one of the two Yellow Catamarans is the only way to see all its corners and to get to know all its secrets. Without a doubt, it is one of the best excursions on this island.

The city of Mahón

Capital of the island since 1722, Mahon is home to some 30,000 inhabitants and it rises above a cliff of 30 metres. Its old quarter houses interesting buildings, markets, museums and fantastic viewpoints over the port that is the greatest attraction of the city. It is an entire world to discover.

Combining a visit to the centre of Mahon with a trip around the Port of Mahon on board our Yellow Catamarans is a not to be missed excursion for any visitor to the island of Minorca.